This author has not yet filled in any details.
So far Barbara Zanetti has created 93 blog entries.

Summer of Stockbridge: SO much to Celebrate!

For nearly 300 years, Stockbridge has been a magnet for some of America’s most captivating and creative minds. Its charm, beauty and proximity to urban centers have helped establish it as a hub of tourism and culture, which defines our small town. This year we celebrate milestone anniversaries for 4 of the town’s most significant institutions: The Red Lion Inn, The Norman Rockwell Museum, Austen Riggs Center and Chesterwood. Learn more about the fascinating intersections between these organizations when you join us for the Summer of Stockbridge: A Season of Celebrations!

-The daughter of Daniel Chester French, Margaret French Cresson, was an accomplished sculptor in her own right; she was friends with Dr. Lawrence Kirby Lunt at Austen Riggs and sculpted his son, Larry, in 1924.

-In 1896 Daniel Chester French and wife Mary came to Stockbridge to look for a country home. They stayed at the Red Lion Inn and fell in love with Stockbridge.

-The Austen Riggs Alumni reunion was held at the Red Lion Inn in 1994.

-Rockwell initially moved to Stockbridge in 1953 to be near the Austen Riggs Center, for his wife Mary’s treatment.

-Rockwell painted the Red Lion Inn, Stockbridge Firehouse and the Fitzpatricks, plus many other local residents including James Mower, long-time superintendent of the Austen Riggs Center, were his models, and several local scenes (Most notably Main Street at Christmas, when RLI was still closed during the winter months.)

-Rockwell developed a relationship with renowned psychoanalyst Erik Erikson; their professional relationship and friendship is explored in the Museum’s summer exhibition.

-Jack Fitzpatrick collected Rockwell signed prints and artist proofs, which are on view at the the Red Lion Inn.

-Rockwell painted several depictions of Abe Lincoln, including one with Daniel Chester French’s seated Lincoln for the Lincoln Memorial in Washington, DC, featured during Rockwell’s Stockbridge years. French completed the 1916 plaster model for his Lincoln figure in his studio, which remains on view at Chesterwood, the artists’ home and studio in Stockbridge.

-Recognizing the role of the creative process as part of mental health, Joan Mowat Erikson introduced the Riggs Activity Program and Theatre 37 at the Riggs Lavender Door.

-There is correspondence between Margaret French Cresson and Norman Rockwell in the Chesterwood archives at Chapin Library, Williams College.

-In 1964, there was an exhibition on the work of Norman Rockwell at Chesterwood.

-Both the wife, Mary A. French, and daughter, Margaret French Cresson, of Daniel Chester French sought medical treatment from doctor’s at Austen Riggs, including Dr. Riggs himself.

50th Anniversary Celebration of the Fitzpatricks and The Red Lion Inn

The Berkshires in Summer | My New England

From Tanglewood picnics to modern art, this collection of favorite things to do in the Berkshires in summer from Linda Campos offers the perfect blend of old and new.

The Berkshires in Summer | My New England

‘Tis the season: Small towns go all out for Christmas

To shop at the world’s largest Christmas store, Bronner’s Christmas Wonderland, which takes up two entire football fields, you’ll have to travel to Frankenmuth. Another town with Bavarian roots, Frankenmuth also has a street called Christmas Lane decorated with hundreds of lighted displays, and businesses here go all out when it comes to holiday cheer – you’ll find the streets lined with lighted trees and garlands and other illuminated creatures. Make sure to pay a visit to the Bavarian Inn Lodge where the lobby Christmas tree is hung upside down from the ceiling. This is a very old European tradition that is not often recreated.

“Peace and quiet” means different things to different people. To some, it may be the sound of birds chirping in the morning, or owls hooting at night. To others, it might mean a charming harbor, or plenty of greenery and space to roam. Some might even find they are most at peace in a lively but friendly neighborhood. These communities across Massachusetts each offer a little something different in the way of tranquility, but they’re all places where peace and quiet are the rule rather than the exception.  Read more

13 Towns In Massachusetts With The Best, Most Lively Main Streets

#1 Stockbridge, MA….Stockbridge inspired the classic paintings and illustrations of Norman Rockwell so, of course, it’s going to have one of the most charming main streets in the state. Browse the shops, stop by the historic Red Lion Inn, and grab a tasty meal at Once Upon A Table. See all

15 Historical Landmarks You Absolutely Must Visit In Massachusetts

The historic home of one of this nation’s most beloved authors, The Mount is surrounded by stunning gardens and scenery. Guided tours are available, and the estate often hosts cultural and social events such as live jazz nights and art exhibitions.

Donations accepted for Berkshire Taconic Community Foundation through our online ordering platform. We are donating 10% of online sales to the organization with the use of promo code: COMMUNITYMATTERS10

7 Arts Gift Shop is an eclectic mix of vintage sounds and styles centrally located at 44 Main Street in Stockbridge, right next to the library.  We offer an extensive selection of used vinyl and cds including classic rock, progressive rock, folk, country, classical, and show tunes along with turn tables and other equipment.  Along with the music, we also offer a huge selection of vintage and new clothing and accessories for both women and men.  As if that wasn’t enough, while browsing the music and styles, you will also find unique and funky signs and gifts to lift the spirits.  Check us out on Facebook! 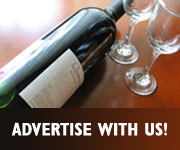 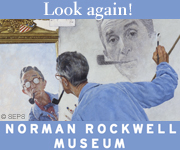